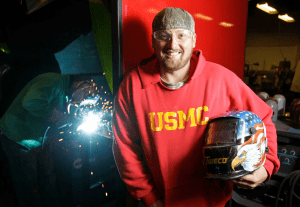 Let’s begin this article by making one thing unequivocally clear, we honor and appreciate our Veterans. Veterans represent a tiny fraction of our society that have volunteered (for the most part) to wear our nation’s colors, often traveled to faraway places, and sworn to defend the freedoms and liberties that founded the greatest country in the history of the world, to the point of death if need be. It is because of these sacrifices that our fellow citizens maintain privileges like voting, taking their children to school, worshiping the God of their choice, and living their best life. These sacrifices must never be taken for granted, and the debt owed to them by the rest of society is incalculable.

However, as a combat Veteran myself, who has too struggled to find the right employment fit, we as a Veteran community must never fall into the incorrect mindset that we are owed any particular job, salary, or benefits. At the end of the day, we volunteered to serve this amazing country, and while the sacrifices endured by many of you are far beyond what anyone should have to experience, that is not a blank check for entitlement.

Having assisted thousands of Veterans in their post service civilian employment, I often find that some of the biggest obstacles for a successful transition come from the Veteran themself. Here are a few of the biggest issues that we, as Veterans, can do to make that transition as effective as possible and not fall into a preventable trap.

You will likely NOT make more money at your first post-military job.

Everyone deserves to be properly compensated for their value, and what many transitioning Veterans discover is that the Armed Forces provide pretty healthy pay rates. While it may not seem so while you’re in the service, military compensation is traditionally above market levels, and keeps pace with the cost-of-living (excluding current historically high inflation rates, of course). Furthermore, a total benefits package such as housing, food, and clothing allotments, along with Universal Healthcare are nearly impossible to find in the civilian world.

Such compensation levels in the military makes sense. After all, it took a lot of time and resources to train you into being a part of the greatest fighting force on earth, and the military wishes to retain you. However, when you make the transition to the civilian workforce, you must understand that while you likely hold numerous exceptional soft and hard skills, there are many skillsets that you likely lack when compared to your new civilian counterparts. As such, it is impossible for most employers to compensate you at an equal level.

Silver lining – a majority of Veterans surpass the compensation level they would have been earning in the military by their third year in the civilian workforce. So, get in there, work hard, learn, and know that the pay will likely come soon.

Your dream job probably isn’t in the town you or your spouse grew up in.

Over 60% of transitioning Veterans say that their #1 priority in choosing a job, post-service, is location. Naturally, about 60% of the time when I speak with a transitioning Veteran, I ask them if their basic training, advanced training, or their first duty station was at a location that they picked? Of course not! You went to where Uncle Sam told you to go and you subsequently moved to the duty stations that were best for your continued training and career development. So, why do you expect your civilian career to be any different?

Look, I understand that this transition is likely the first time in many Veterans’ adult lives where they get to decide where to live. However, your future employer also needs to train and develop you, and that likely means doing so in a location that isn’t in your or your spouse’s top geography.

Silver lining – just like you will likely grow your salary with time, your ability to better influence your location will also grow alongside your experience.

“Implied Tasks” are often not implied in the civilian workforce.

I will likely remember the acronym “Sergeant Major Eats Sugar Cookies” till the day I die (thank you, Ranger School). However, what took me years to understand after transitioning was that my fellow civilian team members not only don’t know what an OPORD is, they don’t know what a Sergeant Major is! Guess what . . . it is not their job to know, it is our job adjust to this new culture and use terminology and behaviors that are appropriate and relatable.

Silver lining – one of the major reasons employers seek to hire Veterans is because of their exceptional skills like leadership, attention to detail, and punctuality. Naturally, showcasing these skillsets among your new coworkers will improve their own attributes and ultimately create a culture highlighting the best of everyone’s skills.

Good luck in your career hunt and know that the BlueRecruit team is here to help! Thanks again for your service and remember to keep an open mind while finding the right job for you.